Corey is the Chief Cloud Economist at The Duckbill Group. Corey’s unique brand of snark combines with a deep understanding of AWS’s offerings, unlocking a level of insight that’s both penetrating and hilarious. He lives in San Francisco with his spouse and daughters.

Beside his duties as The Duckbill Group’s CEO, Mike is the author of O’Reilly’s Practical Monitoring, and previously wrote the Monitoring Weekly newsletter and hosted the Real World DevOps podcast. He was previously a DevOps Engineer for companies such as Taos Consulting, Peak Hosting, Oak Ridge National Laboratory, and many more. Mike is originally from Knoxville, TN (Go Vols!) and currently resides in Portland, OR. 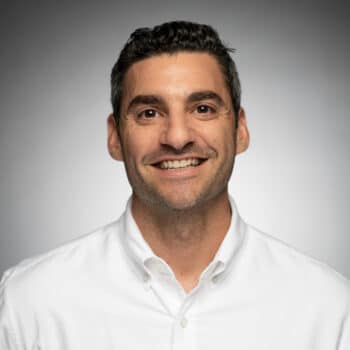 Dan is the Chief Financial Officer at The Duckbill Group, handling all things finance and accounting for the company. His job is to put numbers and data to Corey and Mike’s big ideas. After earning his CPA in New York, Dan dedicated his early career to education, helping build eight schools across two continents. He now lives in Westchester, NY with his beautiful wife and two boys. Ashleigh Early has spent her career leading inside sales and business development teams for Silicon Valley icons like FireEye and Okta. Ashleigh founded her own consulting, coaching, and speaking company. She focuses on helping companies and sales professionals achieve sustainable growth by emphasizing empathy and humanity through science. Ashleigh also runs “The Other Side of Sales” Podcast which offers weekly episodes to help sellers embrace their unique strengths and make b2b sales culture truly inclusive. You can learn more about Ashleigh and her services at AshleighEarly.com, on Twitter @AshleighatWork and on Instagram @OtherSalesCoach Tim’s tech career spans over 20 years through various sectors. Tim’s initial journey into tech started as a US Marine. Later, he left government contracting for the private sector, working both in large corporate environments and in small startups. While working in the private sector, he honed his skills in systems administration and operations for large Unix-based datastores.

Today, Tim leverages his years in operations, DevOps, and Site Reliability Engineering to advise and consult with clients in his current role. Tim is also a father of five children, as well as a competitive Brazilian Jiu-Jitsu practitioner. Currently, he is the reigning American National and 3-time Pan American Brazilian Jiu-Jitsu champion in his division. Natalie is the Director of Marketing at the Duckbill Group. Her background includes marketing roles in the localization and SaaS industries. In her free time, she teaches yoga, creates beadwork, and tries to keep up with her toddler. Natalie resides in Missoula, Montana with her husband, daughter, and two wild corgis. Caroline is a French and Spanish major turned tech aficionado. She did a coding bootcamp in Paris and then moved to San Francisco where she began doing SaaS sales before joining Duckbill to manage sponsorship sales. During her corporate career, April was a top sales performer and finance optimization consultant for multiple Fortune 100 companies across different industries, driving double-digit growth across six- and seven-figure portfolios year over year. As a startup founder and consultant, her speciality is helping entrepreneurs create revenue strategies to take them from SEED funding to Series A as quickly and with the highest value possible – and she teaches at VCU daVinci Center to help support the next generation of world changing ideas.

Today, April uses her success across multiple industries to help organizations create raving fans by connecting the dots across sales, operations, marketing/PR, and finance in unexpected and impactful ways. The woman behind the scenes keeping our media publications running smoothly and in tip-top shape. She lives with her husband and two adorable dachshunds in San Francisco.

I’m Billie, The Duckbill Group’s SVP of Corporate Communications. I have a duckbill, I lay eggs, and get this–I’m venomous! As there have been no recorded human fatalities, I probably won’t kill you–but you’ll hurt like absolute hell for months. “Who the @&%!? gives someone like you an executive job?!” you might reasonably ask. Welcome to the Duckbill Group.